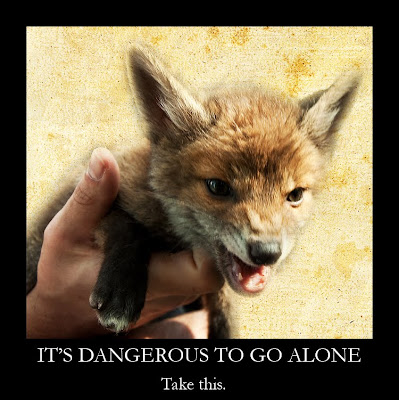 I thought this picture was freaking hilarious. I do not own it, but I completely wish I did.

Anyways, just a couple of random updates.
1) The "School" rock band, basically a group of guys at my school that has their own band and is damned good just released a new song. If you want to check it out its on myspace at http://www.myspace.com/fromlovetoforfeit They're kind of a christian/indie/rock band and they're quite talented. So go check them out :)
2) Thank god the snow is finally starting to disappear. Its really hard to get around by walking when you have to constantly scale snow mountains. It is kind of fun to pretend I am some sort of world renowned mountain climber and I just scaled Everest, but when you peer over the other side and see a parking lot, it's just not that exciting anymore.
3) My Aunt and Uncle are currently trapped in Townsville Australia and theres the HUGE STORM going on. I'm really worried for them and praying that it will all be okay. When the news reporters are saying this storm is going to be worse than Katrina, It's kind of worrying, I'm not going to lie.
4) Just started my second semester, and officially my last semester of high school ever, and I can't believe my pre-post-secondary years are almost over. I for sure don't feel ready to grow up yet hehe.
Posted by Christina at 4:18 PM

Email ThisBlogThis!Share to TwitterShare to FacebookShare to Pinterest
Labels: funny 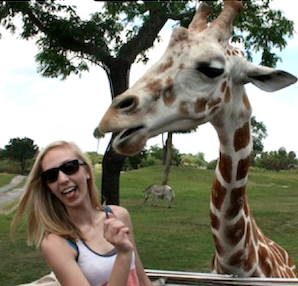 Christina
Hi! I'm Christina H; tall person, general crafter, and definite science nerd. Dreams include owning a golden retriever, being published in a scrapbooking magazine and going a whole week without tripping up the stairs.

Find Me Here Too